Survivability, i.e. how to treat our CDs

High Armour Rating, high threat generation and multiple defensive cooldowns – those are the key constituents defining a tank. It is the ability to get beaten for longer periods of time, attracting attention of various enemies at the same time (if needed) while not dying in that process. Sounds fun, doesn't it?

Shadows haven't been given as many cooldowns as Jedi Guardians for instance. However, ours are viewed (by many) as the strongest. What is a strong cooldown for though, when we either don't use it or use it at the wrong time? It is essential to learn which types of attacks we are facing in order to use our cooldowns efficiently. Once you master this, your healers will love you because popping a cooldown means you become literally immortal for its duration.

Deflection cooldown is the longer lasting one of our pair. It is extremely valuable against melee/ranged bosses and adds. It won't help us against Force or Tech damage though so don't waste it on these types of attacks. Also, notice the cooldown on this ability is 'only' 2 minutes. Use it when expecting huge burst of damage or when something unpredictable happens (healer dies, other tank dies, someone stands in fire and healers need to heal them up etc.). The important thing is to communicate with your healers because it helps them manage their resources. Note that this cooldown is very powerful since it elevates you to 80% dodge/parry/deflect chance (with at least Campaign gear level). When you know you won't need it for another 2 minutes, do not hesitate to use it even if there is no special danger - it would be a shame to waste such a precious ability for 3 minutes, waiting for something unexpected to happen, right? You have to know what you're doing though. ;-)


This ability, Resilience, is what makes us so valuable for certain mechanics! It grants us 100% resistance against Force and Tech attacks for 5 seconds with Mind Over Matter. With Elusiveness on top of it, we have this ability available very often. Once a Shadow learns to use Resilience properly (which includes knowledge of the fight and the type of damage done by particular boss), it's a win. I don't think it is necessary to further elaborate on its awesomeness - it is simply the best defensive cooldown in the game at the moment.


We need to have our stats well balanced to minimize our (Shadows) default squishiness because our armour doesn't grant us the highest damage reduction around. 'It's not fair, other tanks have heavy armour and I'm stuck with this weird tunic (not to mention sometimes even gay..).' In my next post, I will go through every single part of the term defense, because it consists of far more than just Defense Rating (shocking!). It will be far more complex and analytical, expect some numbers. Until then...
Posted by Unknown at 12:55 4 comments:

Do we miss leap or charge? This is something which is discussed every now and then, let me share my view in a nutshell. All tanks should be provided with some gap-closing abilities. And I'm saying they are. Vanguards have Harpoon and Storm, Jedi Knights have Force Leap and Guardian Leap, Shadows have Force Pull and Force Speed! There we go, two gap-closing abilities for each tanking class. Some say that Shadow tanks are the most limited movement-wise and their basic argument is:

'Guardians can leap, Vanguards can charge, but Shadows are screwed because Force Speed is not a proper gap-closer. It's not just a click'n'hit ability.' 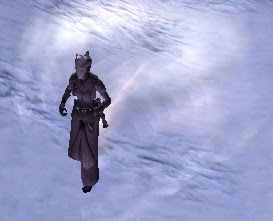 I agree, you don't just target the enemy and tadaaa, there you are. Leaping or storming to your enemy truly can be effective, especially during fights like Firebrand & Stormcaller in the Explosive Conflict. However, if you learn to rotate your camera, strafe and jump, Force Speed is a far more flexible ability than Force Leap or Storm. There is a common knowledge that you need to learn to handle a Shadow in order to be an efficient tank – this applies here. You sometimes have to jump, change direction, but you don't need to target anything to be able to rush anywhere! Force Speed is not limited by your sorroundings and you can still use abilities while speeding. How comfortable it is to have Force Speed during Kephess encounter in Terror from Beyond when you need to cleanse yourself of the electric debuff. Additionally, Force Leap/Storm cannot be used on targets in cover, not to mention that it sometimes even messes up the bosses cast which might give those in charge of interrupting a hard time (the cast occurs again in 3 seconds if interrupted by such an ability). Yet, Force Leap or Storm can save you from falling in various occasions (SoA etc.) and offer a direct path toward your target even through AoE without practically 'stepping into that AoE'. And, of course, PvP is a totally different matter.

To summarize, I'm not trying to prove Force Speed to be better than Force Leap or Storm, I just wanted to point out that it definitely can be treated as a proper gap-closing ability even though it technically isn't. Feel free to question my statement, I'm always happy to discuss any mechanic.

A post focusing on survivability and cooldowns coming soon, until then...
Posted by Unknown at 03:38 2 comments: 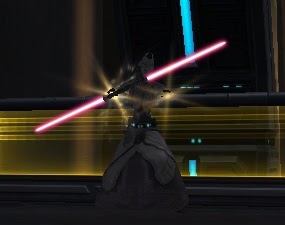 This I've heard so many times and it's like a disease. As a healer, I would politely excuse myself and run furthest away possible. It may be good for sitting on the Fleet, such a huge pool will definitely attract some 'oh my..' attention. But that's pretty much it because as a real tank, you need to approach your stats differently.

Without a doubt, mitigation is our priority. As tanks, it is our alpha and omega, since that makes us tanks in the first place. One can easily have a Commando with nearly 35k HP, wearing heavy armour – does this make them a tank? No. Same for us, having 42k HP and heavy armour doesn't mean that we are good tanks (even worse if it is a Shadow tank in light armour!). So forget about Endurance and start looking Defense rating, Shield rating and Absorbtion rating. This site (many thanks to Rurik!) provides a table which allows you to quickly see what distribution should you aim for with your current stat budget.

To begin with the essential, we have to avoid all the Endurance heavy modifications, and yes, that forces us into the expensive mix & match game. The obvious exception to this are Armourings where we simply pick the Endurance heavy ones, because threat is not an issue and therefore we don't need to go for the Str/Will/Aim heavy ones. So for Shadows, Advanced Force Wielder Armoring 31 is the one to stick to. Regarding Mods, we aim to get the ones with the most mitigation stat. Advanced Reinforced Mod 31 or Advanced Robust Mod 31 are the current BiS (Best in Slot), everything else is only a worse alternative. As for Enhancements, the situation: Advanced Bulwark Enhancement 31 and Advanced Bastion Enhancement 31. Enhancements with higher Endurance are the least desired option. Also, Accuracy Enhancements are not our aim, because threat is not an issue even with the basic 94% Accuracy.

So to sum up, the formula always remains the same: Avoid Endurance-weighted modifications and look for the mitigation.

Augments sometimes serve as a 'patch' for DPS classes to reach the cap; boosting whichever stat they are missing when it's not provided by the gear itself. For us tanks, the situation slightly differs, because we shouldn't be missing anything (such as Critical, Surge, Accuracy). We use augments to balance our mitigation so that we don't waste any of the three. As mentioned above, use the table to see how to properly balance your mitigation stats in order to avoid wasting them because of diminishing returns.

At the end of the day, you get enough Endurance from the gear, you will always use Endurance stim and have the Trooper buff, so you don't need to worry about being under 37k HP which is entirely enough. Having over 40k HP doesn't help your healers if you take seven 15k hits in ten blows, while having 37k HP and taking only six 8k hits does. And that is the reason why we don't want to sacrifice mitigation in favour of Endurance.

There will be several similar articles coming up soon to sort of sum up the basic aspects of shadow tanking before I go into more delicate matters. After all, I still want this blog to provide a complex overview of shadow tanking. Until then...
Posted by Unknown at 01:47 4 comments:

Focus of this Blog